Please note that the date for announcing the winners of the essay competition has been moved to 23 March 2018.

The change is due to the large number of essays submitted for the competition which ran from 22 January to 22 February 2018. 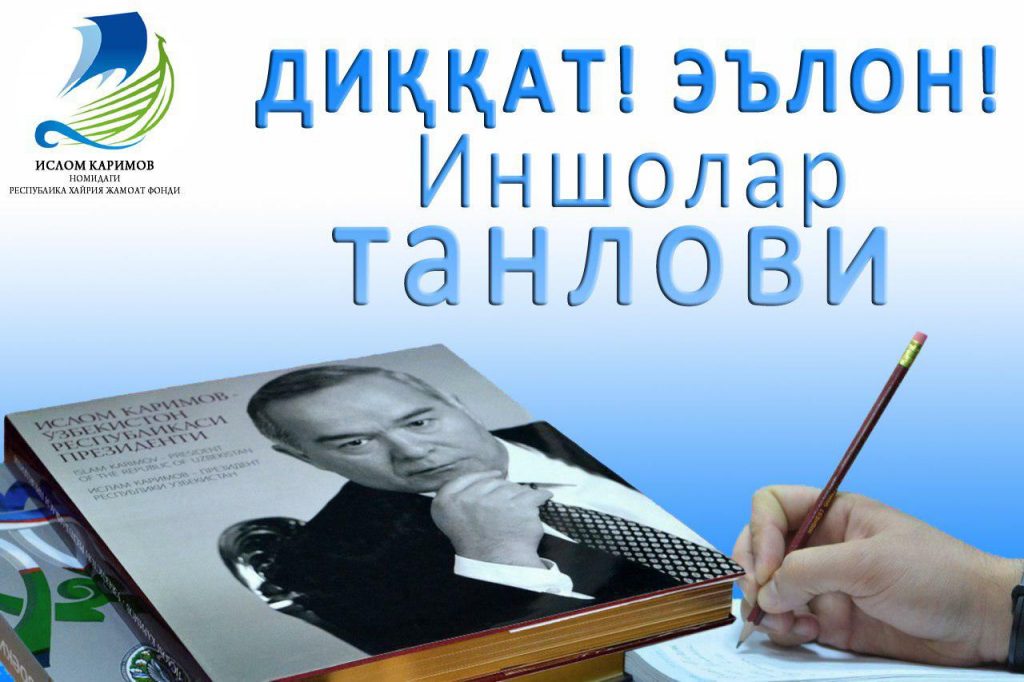 The essay competition for students at institute of higher education in Uzbekistan was announced on 18 January on the official webpage of Lola Karimova-Tillyaeva, Chairwoman of the Board of Trustees of the Karimov Foundation.

The competition was held in order to perpetuate the memory of First President of Uzbekistan and raise the young generation’s level of knowledge about our country’s recent history and the role of President Karimov in establishing Uzbekistan’s national independence, ensuring international stability and reviving the historical and cultural heritage of our motherland.

At this moment the essays are being studied, analyzed and evaluated by a special committee consisting of eminent scholars, historians, political scientists and philologists who have wide practical experience in their given fields.

The competition winners will be awarded the following prizes: