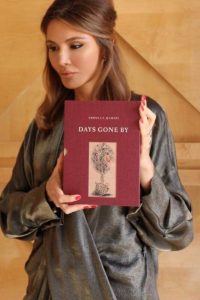 The Karimov Foundation has realised a very special project: the publication of “Days Gone By”, an English translation of one of Uzbekistan’s best-loved novels by well-known author Abdulla Qadiri.

“Days Gone By” (“O’tkan kunlar”) is a seminal work that saw the beginning of the Uzbek school of realism.

Translated by Carol Ermakova MA, a British graduate in Russian Literature and qualified translator with over 30 published literary translations, and edited by Julie Wickenden, this deluxe hardback edition is published by respected French publishing house Nouveau Monde Editions and includes specially-commissioned illustrations by acclaimed Uzbek artist Bobur Ismailov which capture the atmosphere of this historical novel.

Although well-loved in Uzbekistan, Qadiri’s works are not well known abroad, and that is what prompted us to instigate both the English translation and a new deluxe Uzbek publication in the Latin alphabet which is now more accessible to young Uzbeks both at home and abroad.

“Abdulla Qadiri describes those days in such detail, so skilfully and exquisitely conveying each nuance of the time, place and mores of the day and bringing the characters to life so vividly, that this piece was destined to withstand the trials of time, so that future generations can read about their distant ancestors’ way of life,” said the Chair of the Karimov Foundation, Lola Karimova-Tillyaeva, in her message on the occasion of the publication of the novel’s English translation.

Both the new Uzbek edition and the English translation will be launched to mark the 81st anniversary of the Founding Father of the independent Republic of Uzbekistan and its First President, Islam Karimov.

The English translation of “Days Gone By” is now available from Amazon:

Abdulla Qadiri was born in Tashkent in 1894, but the bright flame of his life was soon extinguished. Although his novel “Days Gone By” is considered the jewel in the crown of modern Uzbek classics and has been a firm favourite for many generations of Uzbek readers, Qadiri fell victim to the Stalinist purges and was executed in 1938. Following this tragic death, the author’s works were banned for many long years; in fact, anyone in possession of his novel could be interrogated and arrested. Twenty years after his death, Qadiri was rehabilitated and his novels and short stories were republished. But it was not until Uzbekistan gained its independence that Qadiri gained the recognition he deserved; in 1991, on the orders of President Islam Karimov, Abdulla Qadiri was posthumously awarded the Alisher Navoi State Prize for Literature, Art and Architecture. On 25th August, 1994 he was the first to be awarded, posthumously, the Order of Mustaqillik (Independence). That same year, a new state prize, the Abdulla Qadiri Prize, was established. Today, the Memorial Complex and Museum in memory of victims of political repression in Tashkent house important materials dedicated to the life and work of Abdulla Qadiri.

We hope that this English translation of “Days Gone By” will herald a new era of international recognition for one of our most beloved authors, and open the door to the rich world of Uzbek literature. 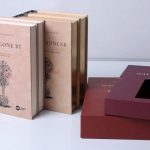 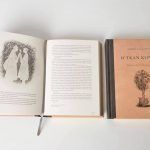 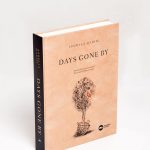 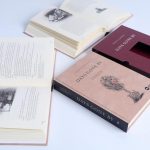 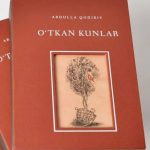 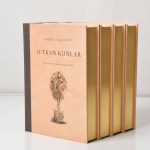 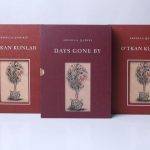 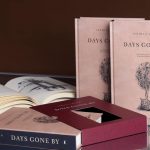