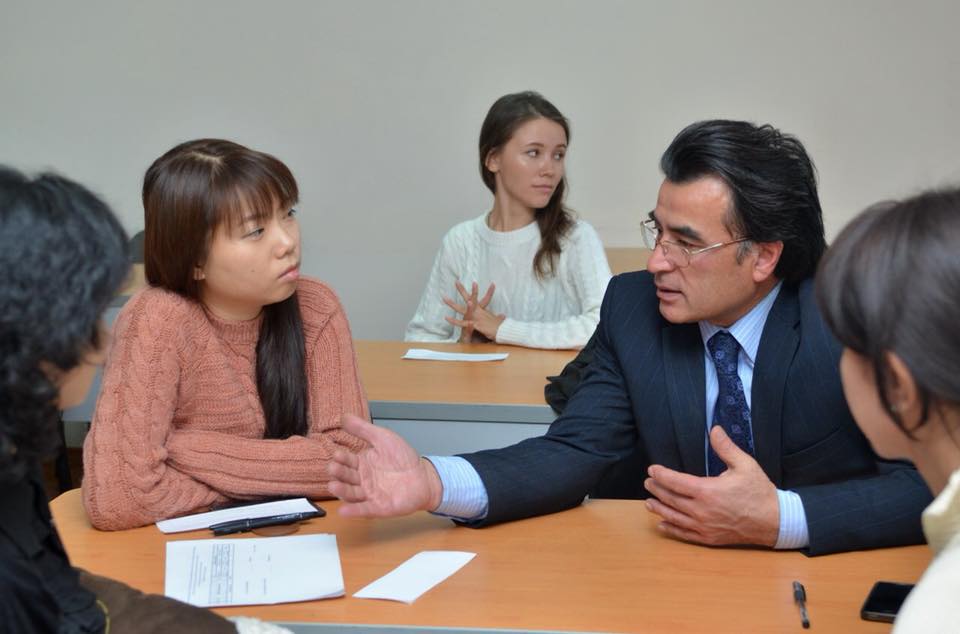 Interviews took place today at the Tashkent branch of Lomonosov Moscow State University to evaluate the moral and psychological qualities of applicants for grants from the Foundation. The discussions were conducted by experienced psychologists. Over 80 applicants took part in this examination, having already successfully passed earlier rounds testing their knowledge of languages and special areas of study.

In October the Karimov Foundation announced a second competitive selection of talented young men and woman for Foundation grants to study in Master’s programs in prestigious institutions of higher education in Europe and USA. More than 300 young men and women from all areas of Uzbekistan submitted applications.

The Islam Karimov Foundation was established in October 2016 in memory of the founding father and First President of the independent Republic of Uzbekistan. Scholarship programs to support the education of gifted young people at leading domestic and foreign universities is one of the priority activities of the Foundation.