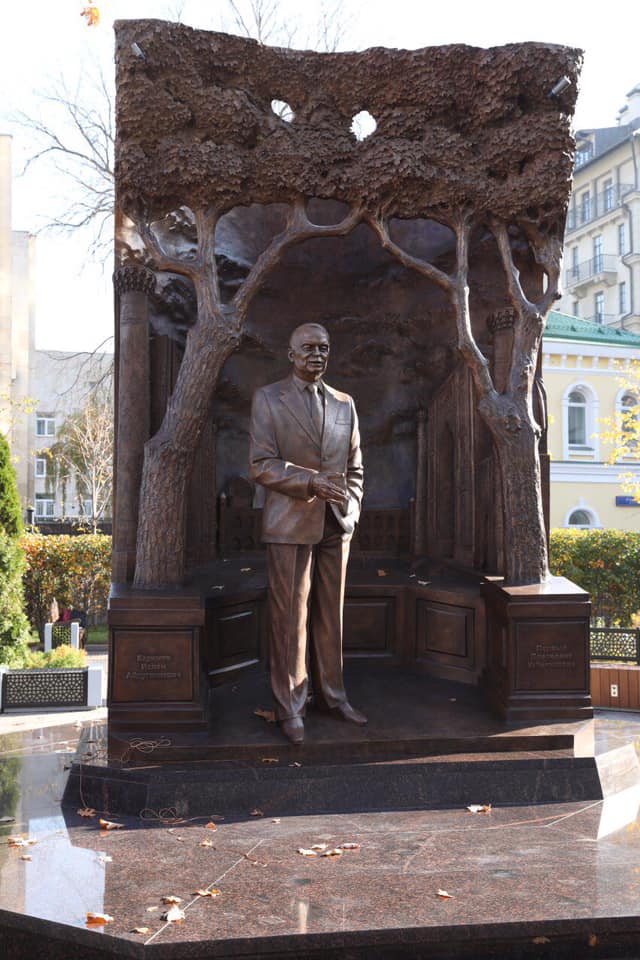 A monument to President Islam Karimov, the founder of the independent Republic of Uzbekistan, was unveiled today in the Russian capital, Moscow. Islam Karimov was Uzbekistan’s first president, the leader who took the helm during one of the most complex and turbulent periods in Uzbekistan’s recent history and led the country to its independence. 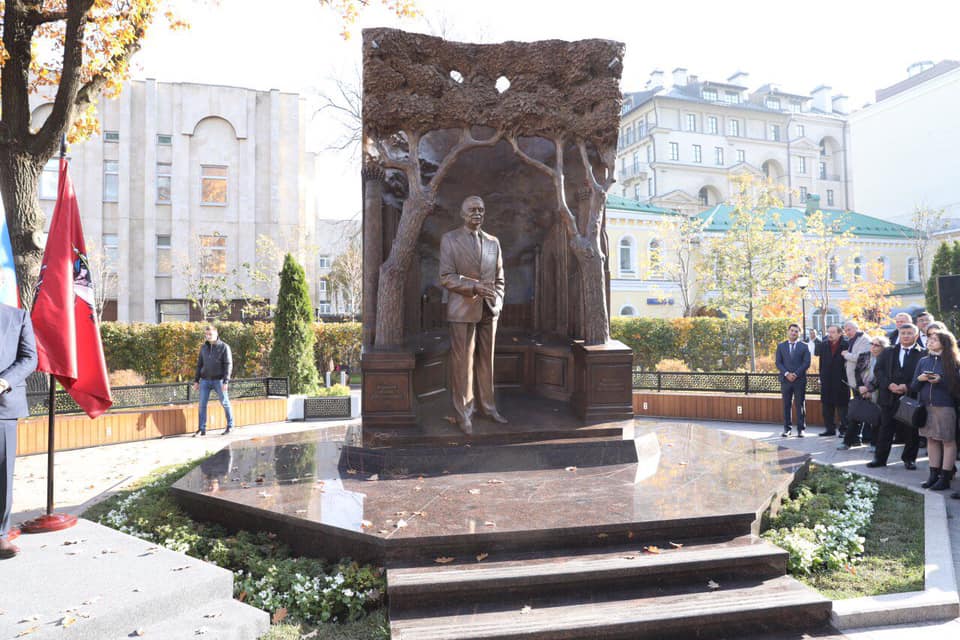 At his request, Islam Karimov was buried in his hometown of Samarkand, where over 10,000 visitors every day come to his mausoleum to pay tribute to the country’s late leader.

Tatyana Karimova, spouse of the first president of the Republic of Uzbekistan

The monument and square named after Uzbekistan’s first president in Moscow represent a unique fusion of traditions and cultures, reflecting the dynamics of our time. 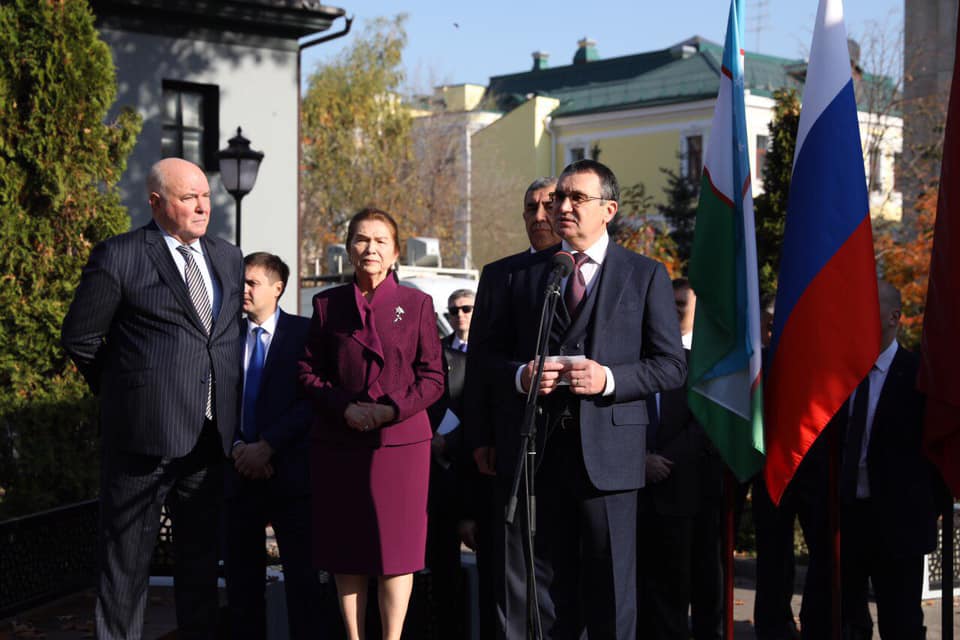 The monument is imbued with deep symbolism. It features the Uzbek leader standing before the beauty and grandeur of Samarkand’s Registan Square, one of the most glorious monuments of Islamic civilization. Registan symbolizes the outstanding historical and intellectual heritage of the country. Islam Karimov is a statesman whose name and image have become synonymous with the notion of ‘independence’ for the people of Uzbekistan; the first president made a major contribution to the revival of Uzbekistan’s spiritual and cultural heritage and his name remains inherently linked to his country. 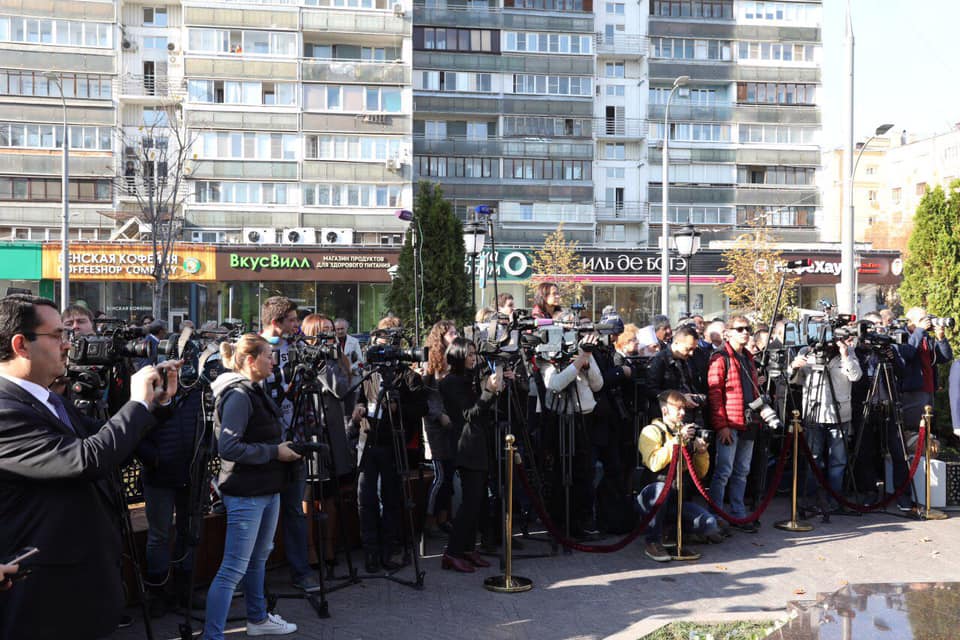 When working on the project, we sought to create a sense of presence on hospitable Uzbek land, the proud home of a magnificent culture that dates back centuries. 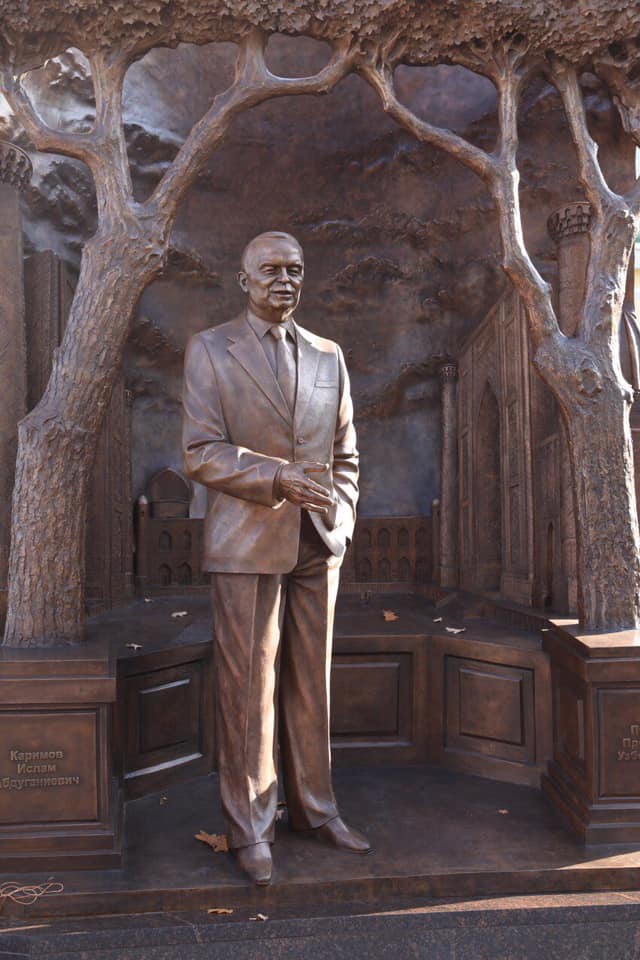 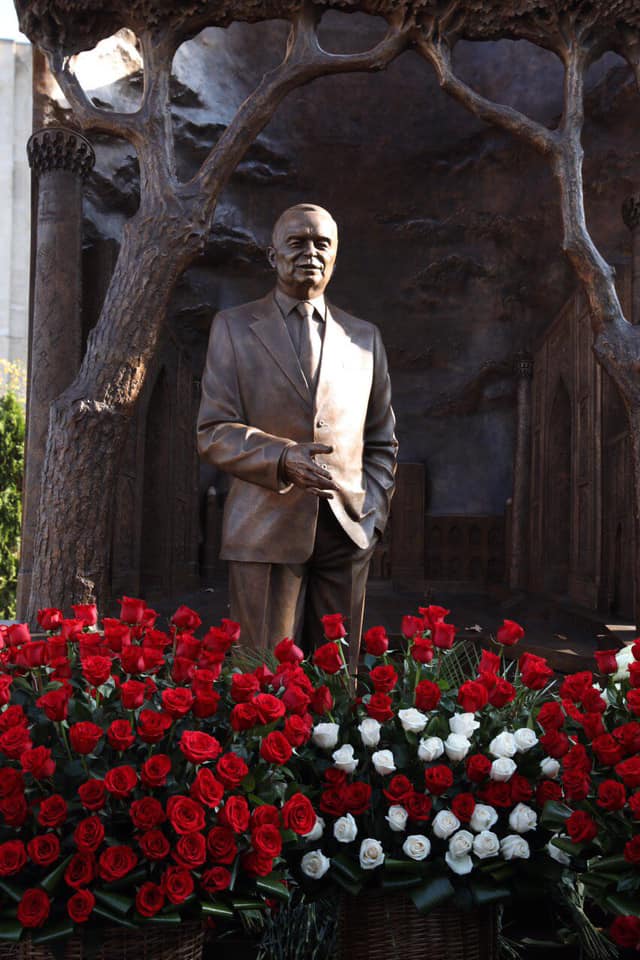 Our goal was also to make this square a symbol of Uzbekistan’s rich history and its people’s national consciousness. 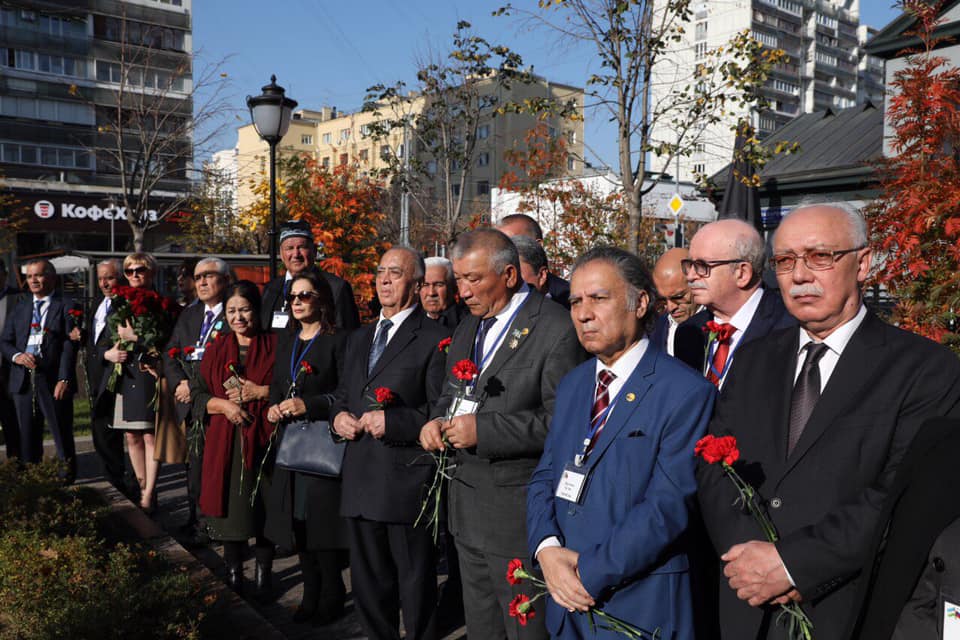 It was very important for us that the park and the monument harmoniously fit the spirit of the city. 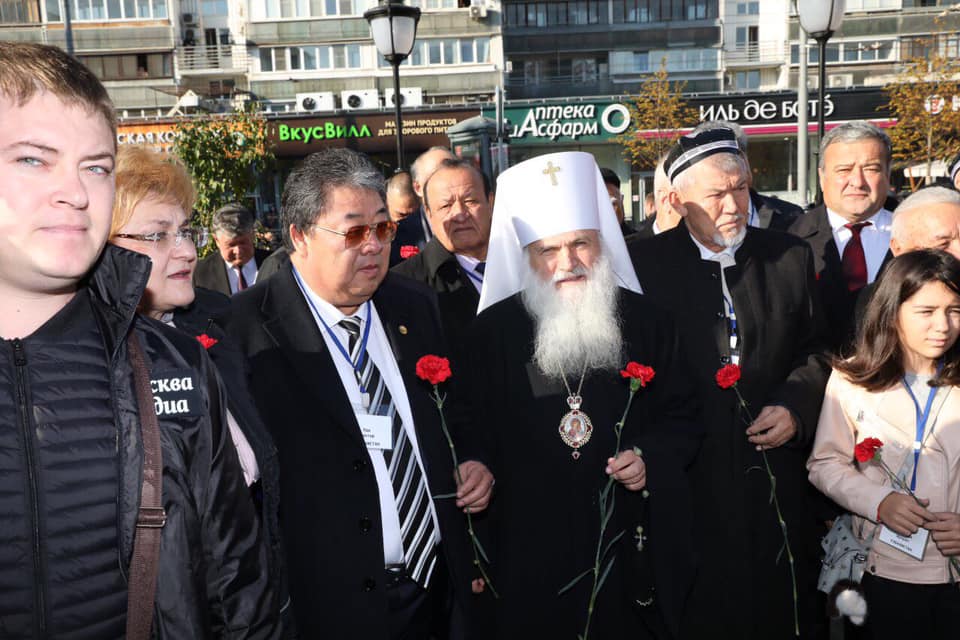 In line with the agreement reached with the Moscow city administration in spring 2017, the Karimov Foundation was responsible for the design, manufacturing and installation of the monument to President Karimov in the Russian capital.The design and landscaping work in the square’s park area were carried out jointly by the Moscow city administration and the Karimov Foundation. 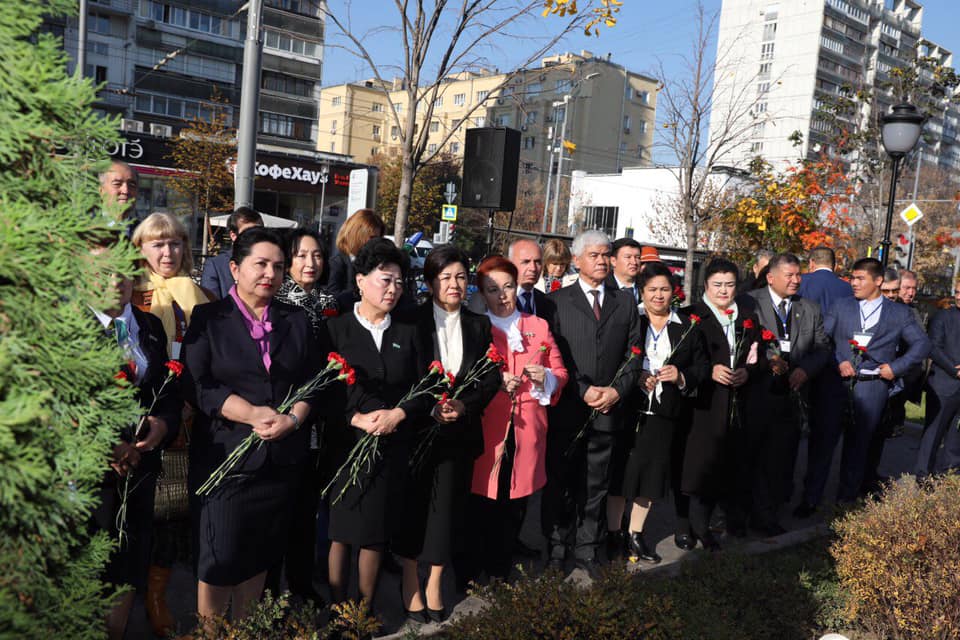 From the very first days of Independence, President Islam Karimov made it his priority to promote inter-ethnic accord and develop friendly ties between the peoples of Russia and Uzbekistan. 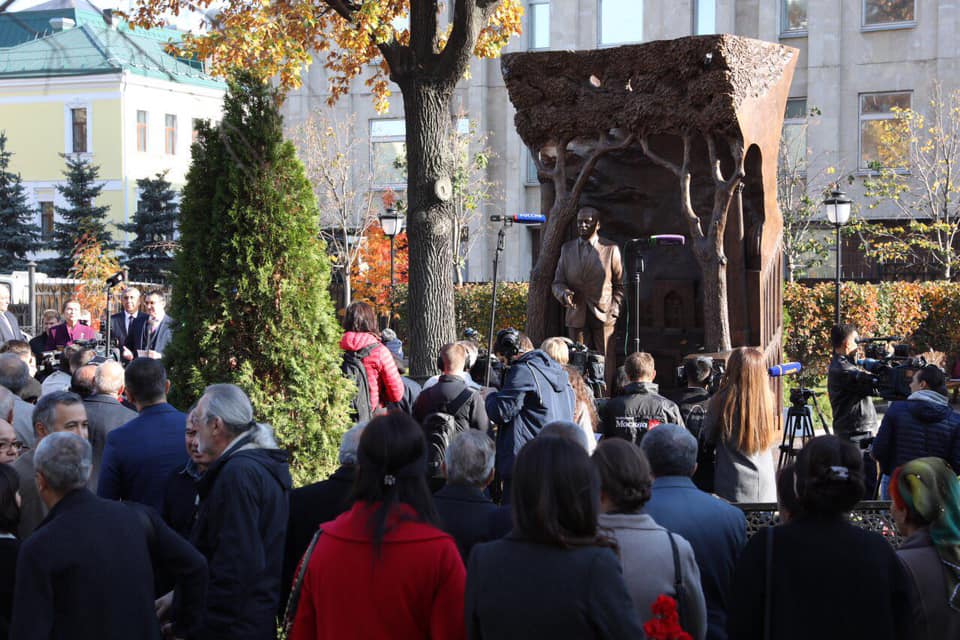 The new square is an intercultural project, representing the goodwill of the peoples of Russia and Uzbekistan and reflecting the fusion of contemporary art and the ancient Central Asian culture. 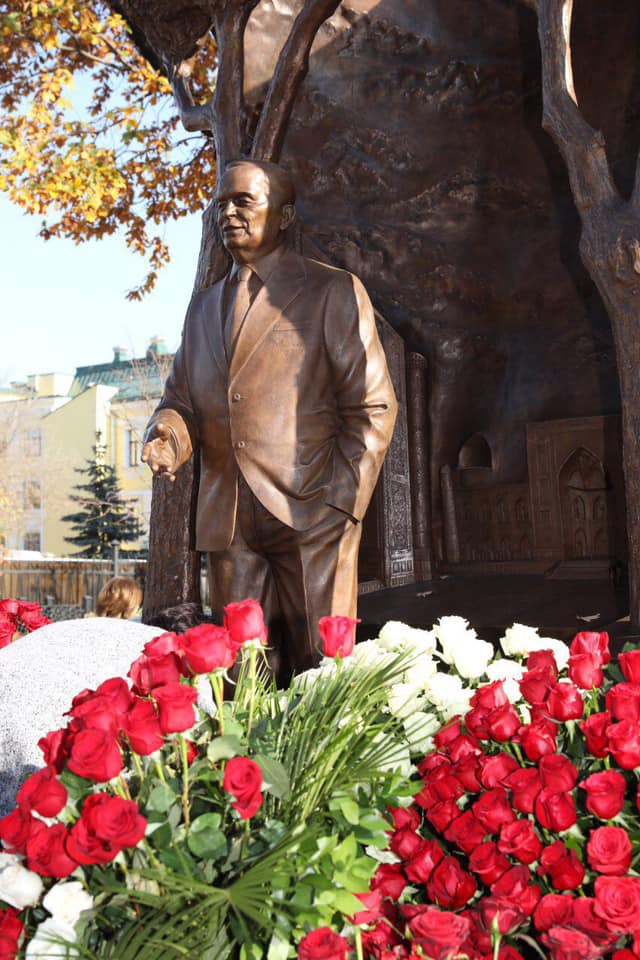 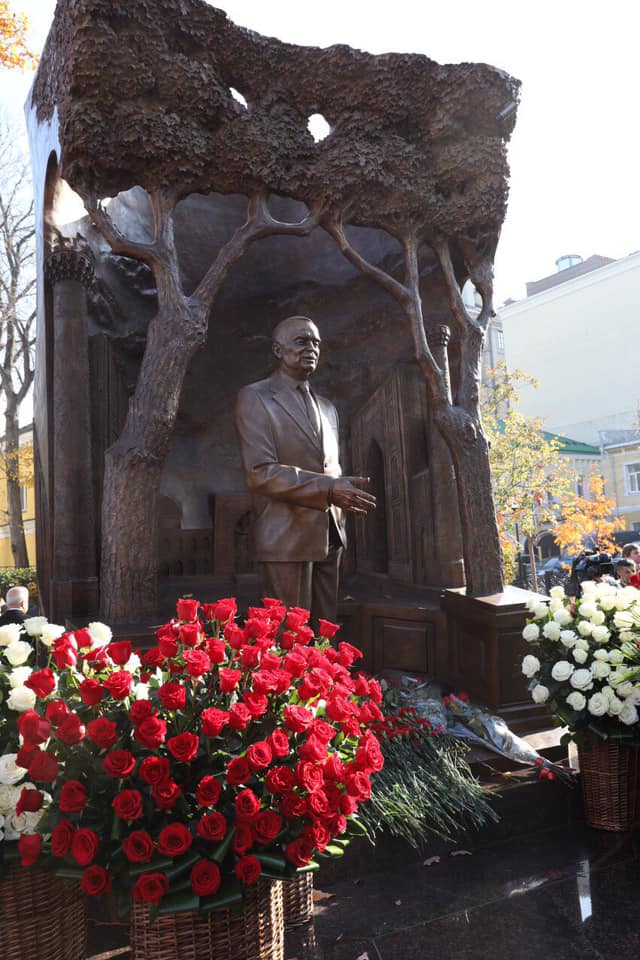 On behalf of the Karimov Foundation, I would like to express our profound gratitude to Russian President Vladimir Putin, Uzbek President Shavkat Mirziyoyev, Moscow Mayor Sergey Sobyanin, the Russian and Uzbek governments. 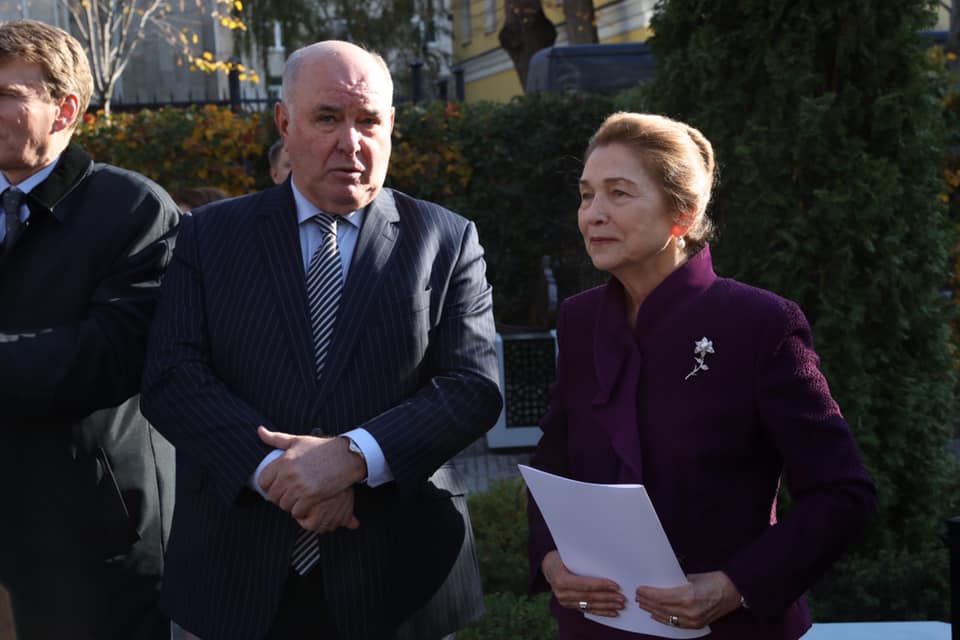 I would also like to extend my special gratitude to the following people who worked long and hard on the creation of the monument and the square’s design and landscaping:
Paul Day, world-renowned British sculptor, the author of President Karimov’s monument in Moscow.
Sergey Rubalevsky, an architect and designer who worked on the square’s design and landscaping.
Azam Abdullayev, the project’s chief coordinator.
Akila Tairova, the project coordinator.

We also express our sincere gratitude and appreciation to the Government of Moscow, the Prefecture of the Central Administrative District of the Russian capital, the Department of Cultural Heritage of the City of Moscow, the State Organization ‘Automobile Roads of the Central Administrative District’ under the Department of Housing and Communal Services of the city of Moscow, as well as the Office of the President of Uzbekistan and the Uzbek Foreign Ministry, together with the Embassies of Uzbekistan in the Russian Federation, Belarus and Germany for the assistance they provided to the Karimov Foundation in the project to design and landscape the square and inauguration of the monument. 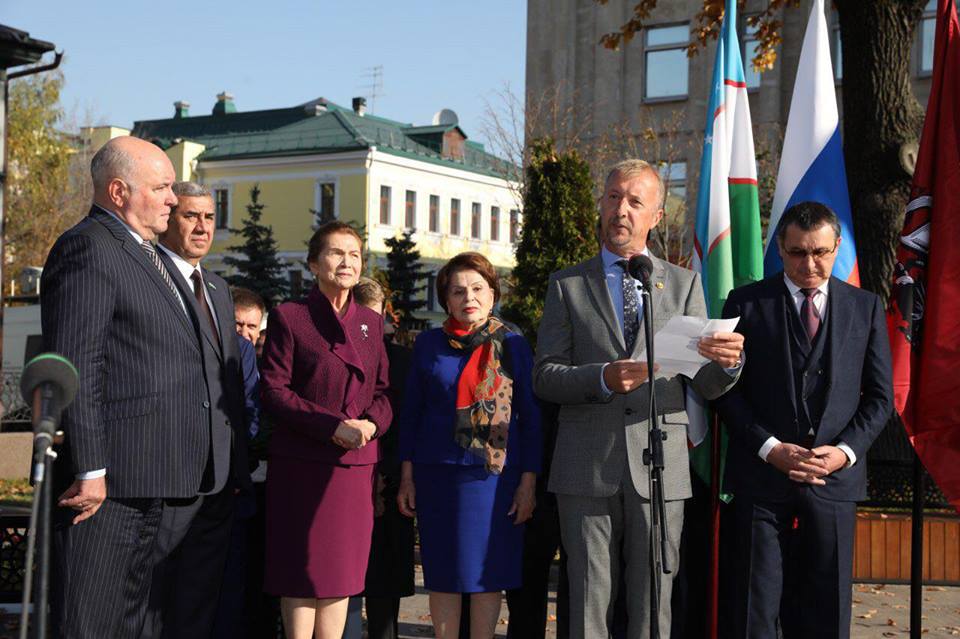