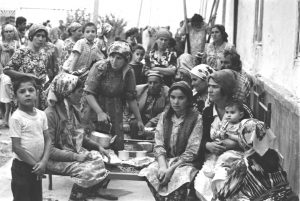 The issue of nationality was high on the Soviet Union Government’s agenda. The communist leadership pursued their policy of discrimination against ethnic groups living in national republics, and from the late 1970s there were persistent efforts to introduce the notion of the ‘Soviet man’ in a bid to suppress national identities.

In Uzbekistan’s capital Tashkent, where ethnic Uzbeks accounted for the majority of the population, there were no cinemas showing films in the Uzbek language; most of the street and shops signs, geographical names and announcements were written in Russian. There was a total disrespect and disregard towards the feelings and needs of the Uzbek people.

As the Soviet Union began to fall apart, social disintegration, political instability and economic deadlock fuelled an intense ideological crisis. With the country’s leadership losing its grip, tensions that had been brewing for decades sparked fierce inter-ethnic clashes in some regions. 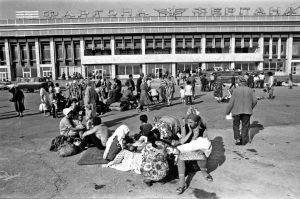 In May 1989, large-scale clashes between Uzbeks and Meskhetian Turks in Fergana became pogroms, the whole of Fergana was in the grip of violence, and there was an imminent risk of the bloodshed spreading through the entire Fergana Valley – home to almost half of the republic’s population at that time. The Fergana unrest claimed the lives of 100 people and left around 1,000 injured.

It was in this crucial time that Islam Karimov was appointed head of the Uzbek Soviet Republic. Immediately after assuming the leadership, he took off to Fergana. Thanks to his well-thought-out, vigorous policies and insistent demands on the central government in Moscow to act to stop the violence, it was possible to prevent the spread of the bloody conflict, which could wreak havoc with the potentially volatile situation across the country. 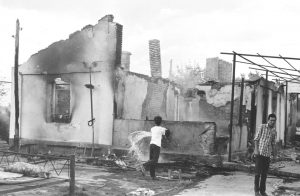 Later thanks to Karimov’s decisive and courageous steps a number of inter-ethnic conflicts that broke out in different parts of Uzbekistan were settled. He stopped ethnic violence which flared up in February and March 1990 in Buka and Parkent, and in June 1990 in the Kyrgyz town of Osh, which borders on Uzbekistan.
During his rule, Islam Karimov paid close attention to ensuring equal rights for all ethnicities inhabiting Uzbekistan. 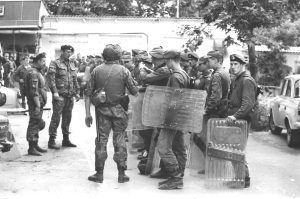 It is noteworthy that while President Karimov paid attention to the revival of Islam, he also ensured that representatives of all religious denominations could freely practice their faith in the country.

One of the key factors which contributed to ensuring the unity and solidarity of the peoples of Uzbekistan was the creation of ethnic cultural centers. The Republican interethnic cultural center was established in Tashkent in 1992. In those years, 54 ethnic and inter-ethnic centers were created, including the Tatar, German, Korean, Azerbaijani, Kazakh, Jewish and others. Their activities are covered by the state media on a regular basis. Conditions were created for the ethnic minorities to study their history, literature, language, and observe their traditions and festivals.

The passing of the 1989 Law which gave the Uzbek the status of the state language was an extremely bold action on Karimov’s part and it was an important step on the country’s path towards independence.

At present there are about 140 nationwide and regional ethnic cultural centers in Uzbekistan. Representatives of more than 130 ethnicities live in peace. Conditions have been created for the preservation and development of their culture, traditions and customs. Religious organizations of 16 faiths freely operate in the country. In educational establishments, subjects are taught in seven languages, the National TV and Radio Company airs broadcasts in 12 languages, newspapers and magazines are published in over 10 languages.

Today it is safe to say that in the turbulent years preceding the break-up of the Soviet Union and in its aftermath, President Karimov played a decisive role in stoping interethnic clashes and preventing civil war thus saving the lives of thousands of people. He ensured peace and stability not only in our country, but throughout the multi-ethnic Central Asian region.

President Karimov’s attention and care for ensuring the rights of all ethnic groups living in Uzbekistan was a manifestation of his profound respect for other nations and deepest filial love for the people of Uzbekistan. This is an enduring historical value and an explanation of why Islam Karimov enjoys respect and love from people living in Uzbekistan, regardless of which ethnic group they belong to.