In memory of Islam Karimov

As we remember today Uzbekistan’s first president Islam Karimov on what would have been his 80th birthday, we look back at our nation’s recent history to pay tribute to this outstanding statesman who led our country to its long-awaited independence. 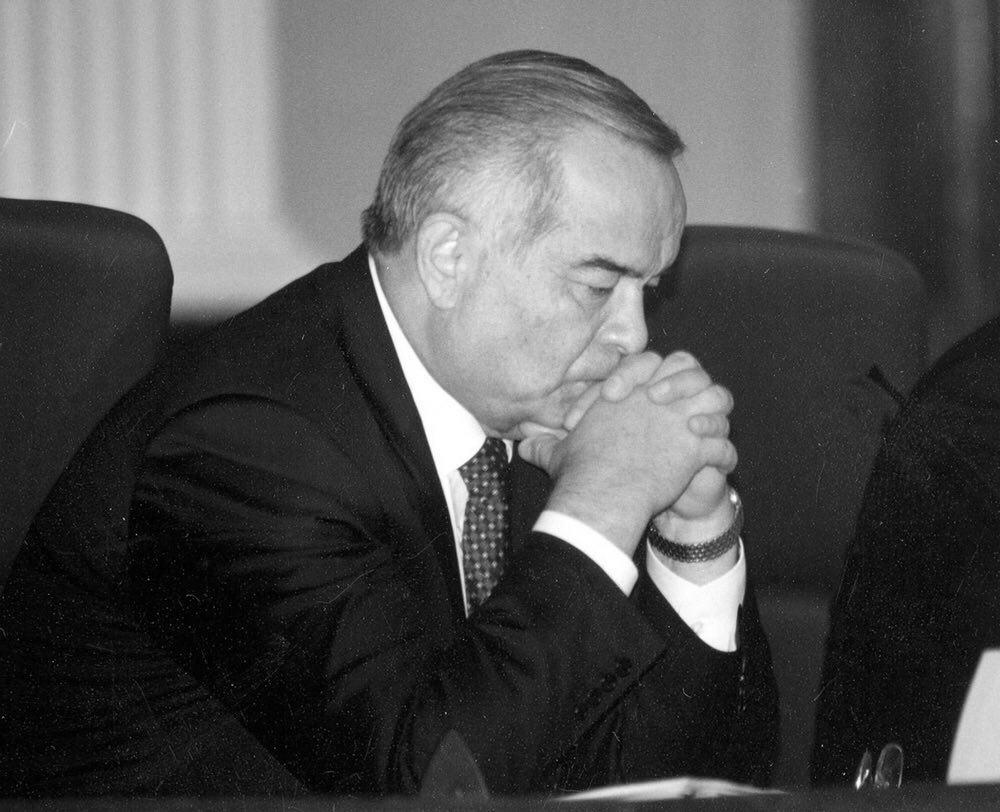 President Karimov will undoubtedly go down in history as the leader who founded the independent Republic of Uzbekistan, a nation whose borders had hitherto not been defined on the world map as that of an independent state. For the people of Uzbekistan, he is the first president and the founding father of our country and in this respect his status is comparable to that of George Washington, Winston Churchill, Charles de Gaulle and Mustafa Kemal Ataturk.

In those tumultuous years in the run-up to and the aftermath of the collapse of the Soviet empire, political instability, interethnic and sectarian conflicts flared up in various parts of the former Soviet Union, claiming the lives of thousands of people and rendering homeless many more. It was a time when the situation in Uzbekistan, where people’s quality of life was one of the worst among the Soviet republics, deteriorated further and reached rock bottom. It is clear to us today that back then, our country was in fact on the brink of economic and political collapse.

As part of the Soviet Empire, Uzbekistan was regarded as a mere supplier of raw materials, and therefore in the wake of the Soviet Union’s disintegration the republic found itself gripped by severe economic hardship. The nation’s morale and level of confidence reached an all-time low, following years of humiliation during the so-called ‘cotton scandal’, when thousands of Uzbek people were jailed over their failure to meet the Soviet government’s cotton harvesting targets. The country lacked a clear vision and roadmap to escape this complex and explosive situation. This was exacerbated by the acute shortage of food and basic necessities as the political turmoil came to a head.

Neighbouring Afghanistan and Tajikistan were engulfed by deadly civil wars. Uzbekistan needed strong and wise leadership, and many people considered it an act of providence that it was Islam Karimov who took over the helm at this critical time, becoming the nation’s first president.

Thanks to Karimov’s outstanding statesmanship, courage, integrity, unbending will, love for his country and his nation, and his well thought-through domestic and foreign policies, he managed to keep the country from sliding into chaos, and preserved peace, stability and the people’s unity.

Under these extremely difficult circumstances, he did not turn away from the path of independence chosen by the people. Uzbekistan did not follow the path of radicalization, and despite many challenges, it pressed ahead resolutely with building an independent secular state.

From the very outset, the young Uzbek state set out to build a strong modern country, a recognized member of the international community. For the first time in the nation’s history, Uzbekistan opened its embassies in various countries; for the first time the Ministry of Foreign Affairs, the Ministry of Foreign Economic Relations, and other government bodies were formed. Uzbekistan established diplomatic relations with 133 countries and joined over 100 international organizations, including the United Nations, the OSCE, OIC, SCO etc.

President Karimov attached special importance to the restoration and preservation of Uzbekistan’s cultural heritage and its ancient monuments. After decades of neglect, many historical monuments were restored as a way of paying tribute to our great ancestors and the role they played in the nation’s glorious history. These included the mausoleums of Imam Al-Bukhari, Bahauddin Naqshband, Imam al-Tirmidhi, Abu Mansur al-Maturidi, Khoja Daniyar, Zangiata; and historical monuments – the Gur-e Amir mausoleum, Bibi Khanum Mosque, the Shah-e Zinda necropolis in Samarkand and many others.

President Karimov revived national unity based on the spirit and wisdom of our great ancestors. During the years of Islam Karimov’s presidency, the country underwent a process of modernization, Uzbekistan’s regional centres were rebuilt and reconstructed, and many new universities were opened.

In 1989, when Uzbekistan was still part of the Soviet Union, at Islam Karimov’s initiative the parliament passed a law making Uzbek the official state language. After the country gained independence, the Uzbek language, neglected for decades in government institutions, received a new impetus for development.

During the Soviet era, only two people a year were permitted to perform the Hajj pilgrimage to Mecca. From the early years of independence the government made every effort to send considerably larger groups of pilgrims from Uzbekistan to Mecca for Hajj.

There is no doubt that President Karimov played a crucial role in many key issues which defined Uzbekistan’s statehood and future development. On many occasions, he proved himself to be a wise and reliable father of the nation, and the help provided to tens of thousands of refugees from neighbouring Kyrgyzstan in 2010 is a salient case in point.

As president and father of the nation, Islam Karimov was always guided by the interests of the people of Uzbekistan who entrusted their destiny to him. When taking decisions crucial to the nation’s survival, he forged ahead, courageously facing the difficulties and challenges without relinquishing the chosen path, with the interests of ordinary people and future generations of Uzbeks always at the forefront of his mind. Islam Karimov’s role in founding the new state of Uzbekistan became an integral part of Uzbekistan’s modern history and is forever imprinted in the hearts of our people. Thanks to our first president, the people of Uzbekistan built their statehood, gained independence and revived their historical, spiritual and cultural heritage. The country has established itself as an independent and cohesive nation, avoiding the tragedies of civil war and instability in one of the most difficult periods of modern Uzbekistan’s history.

May President Karimov’s words ‘Uzbekistan is a state with a great future’, which are firmly entrenched in the consciousness of our young people, reverberate ever more strongly in the everyday life of our nation.