“Lullabies in the Moonlight” is a new exhibition project dedicated to the history of the traditional Uzbek cradle, the beshik. The exhibition organised under the auspices of the Karimov Foundation is open to the public in the Tashkent House of Photography.

“Lullabies in the Moonlight” aims to raise the profile of Uzbekistan’s rich cultural and historical heritage, particularly the country’s traditional crafts. Visitors will be able to explore the creative works of the best cradle-makers, the beshiksoz artisans, from cities such as Tashkent, Margilan, Andijan, Khiva and Gijduvan. Visitors will also be able to study a series of photographs detailing the traditional process of making beshik, from the preparation of the wooden frame to the application of colourful designs.

For many centuries, the thread of life wound through the beshik cradle. Seen as model for the infant’s universe, these cradles are a new-born’s first home, the place where he or she forms their first poignant impressions of life. Beshiks were carefully crafted with this in mind and held a special place in the national culture, a place they still hold today. This tradition has been passed down from generation to generation and has become part of the traditional culture of the Uzbek people in the modern world.

In the middle of the 1990’s, old beshik workshops were revived and new ones opened. Each region has its own distinct features in both the design and decoration of the cradles and artisans, often from a long-standing family lineages, spend years studying this craft. As the techniques pass from master to student, new creative elements are introduced while the age-old ‘lullaby’ tradition is preserved and embellished. 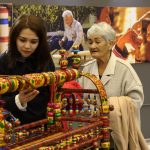 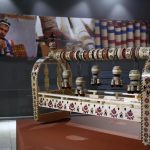 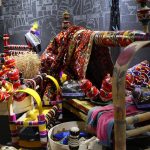 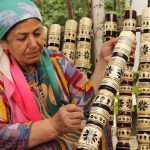 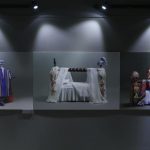 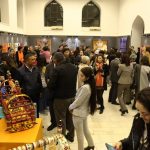 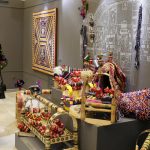 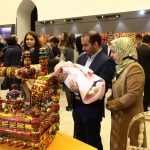 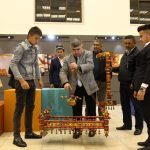 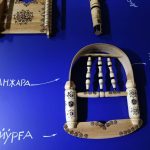 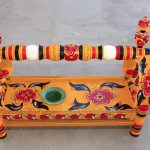 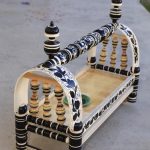 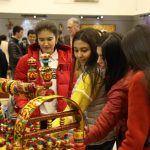 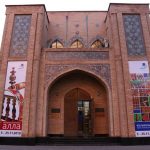