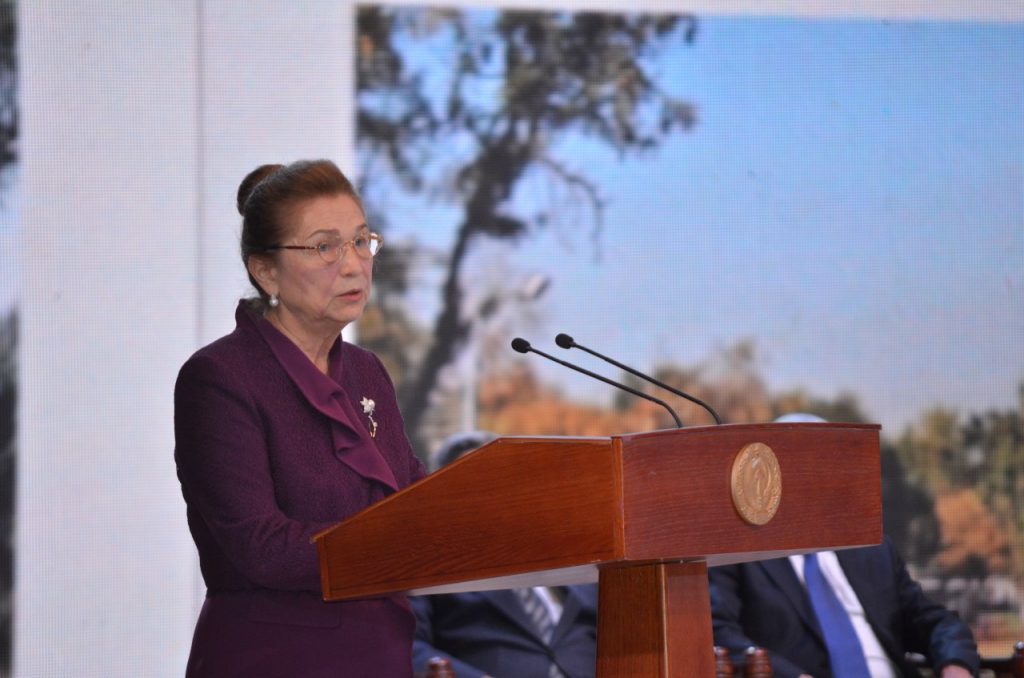 The Islam Karimov Foundation together with the Memorial Complex and Tashkent City Hall organized an evening that brought together near and dear friends and relatives of our First President. Many warm words were spoken and good memories shared of Islam Karimov at the event.

Speaking at the presentation ceremony, Tatyana Karimova described how work on the book began:

“I would like to say a few words about how we began working on it. Both I and the Islam Karimov Foundation, and also the Memorial Complex bearing his name, were receiving warm letters in remembrance of our First President. That is when the idea arose of collecting and systematizing them in a single book. More and more remembrances and letters kept coming in. When people heard about the work on this book, there were so many who wanted to write something that we were literally flooded with letters. We couldn’t include all the remembrances, unfortunately, since the size of the book made that impossible. I hope the book will have a sequel. Through memories and photographs we wanted to present the life journey of Islam Abduganievich as an individual, as President, and as the founder of the independent state of Uzbekistan.”

The new book contains contributions from foreign and local statesmen and political figures, representatives of science, art and culture, people of various ages and professions, and those who were beside the First President over the course of many years. It includes vivid episodes and lively stories and anecdotes connected with Islam Abduganievich Karimov. The volume incorporates hitherto unpublished pictures illustrating Islam Karimov’s life and activities – his childhood, education, and years working in a variety of positions – as well as historical photographs reflecting his role in the establishment of Uzbekistan as an independent nation, showing his most important speeches and the difficult situation the country found itself in before he came to lead it. Furthermore, the book graphically depicts the large-scale, step-by-step task of forming a secular, democratic state with a market economy. Fifteen thousand copies of the book have been published which will be distributed to all the libraries, primary and secondary schools and higher education institutions in the republic.

In her speech Tatyana Karimova also explained the name the evening had been given:

“We decided to call this evening ‘When You are on Fire Yourself, Shine on Others’ for a reason. While he was still in school, one of young Islam’s favorite heroes was Danko – the young man who sacrificed himself, who took his burning heart from his breast and saved his people by lighting the way for them. This example of courage became Islam Karimov’s credo for his whole life. And all the rest of his life was dedicated to serving his people.”

Among the evening’s guests were representatives of the Office of the President, the Cabinet of Ministers, the Parliament and Senate of the Republic of Uzbekistan, the diplomatic corps, ministries, government departments, civic organizations, academia, culture and the arts.

The event continued with a grand festive concert.